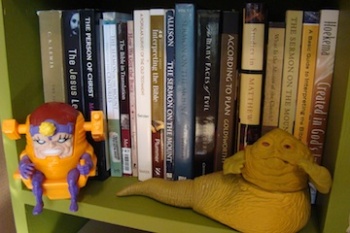 You know life is getting tough when atheists start having church.

In an article posted on CNN.com on June 22, 2013, titled “Church without God – by Design,” the author reports on a “church” started by atheists in Cambridge, Massachusetts.  I originally read the article way back in June, but I found it interesting for so many reasons I kept finding myself thinking about it again.

The Humanist Community, as it’s called, meets at Harvard University on Sundays.  Songs are sung, the offering plate is passed, and they even call those gathered there a “congregation.”  Greg Epstein, the founder and “chaplain,” states the church “doesn’t require and it doesn’t even imply a specific set of beliefs about anything.”  The article continues, “Humanists boast a proud freethinking streak, and some at the Harvard event said they don’t want to be associated with any sort of dogma or belief system – or even a system based on disbelief.”  Eventually, Epstein says, they want baby-naming ceremonies, funerals and weddings to be part of what they do. Concerning reflecting a traditional church, Epstein said, “We can learn from the positive while learning how to get rid of the negative.”

The motivation behind starting this “church” is an admiral one: to build community.  The founders see the positives found in faith-based communities and want to give atheists and other non-religious types a place to go to find that quality of community.  In this time of rabid individualism, fractured families, and social media, it’s hard to criticize something that wants to build face-to-face fellowship.

If it’s possible to have church without God, the Humanist Community has done it.  Yet, it probably will not come as a surprise to you, the reader, that I, a Christian, find all of this undeniably ironic.  Despite what the author claims, a godless congregation is, in fact, an oxymoron.

That being said, let’s look closer at a few ironic claims of the Humanist Community. 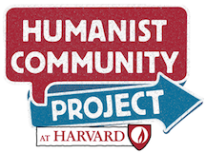 Can an atheist church really be one that doesn’t “imply a specific set of beliefs about anything”?  The article certainly implies that all are welcome no matter what their standing is on religion, but that’s nothing special; it’s the same with Christian churches.  The author even notes that the messages given at their gatherings are not about bashing God or religion.  But the name the Humanist Community itself clearly implies a set of beliefs, as does all the information about the Humanist Community the article reports.  I think it’s admirable that Epstein, the founder, wants to build a positive community, but let’s state the obvious: his vision stems from beliefs, and to create such a community, it must be based on a set of beliefs.

My only point here is that if you take a position about anything, you are communicating an opinion and, thus, a belief.  It may not be a religious belief, but it’s still a belief.  Many people try to paint only people who hold to specific religious faiths as having beliefs and atheists as free-thinkers who don’t subscribe to any beliefs.  This is not just false, but impossible.

Simply, having any belief means a person has decided certain things are good and others are bad.  Thus, the nature of belief is to say anyone with a contradictory belief is wrong.  Even if a person says, “I accept every view of every person on the earth as valid” that is still a belief, and that person is saying everyone who does not accept every belief of every person on earth as valid is wrong.  This doesn’t mean disagreement has to be in a confrontational or rude manner, but disagreement is the logical outcome of all beliefs and opinions.

So, let’s get away from this mindset that Christians and people of other faiths are the only ones with beliefs that conflict with others.  Let’s be honest: those who criticize Christianity do so because they don’t agree with it (which they have every right to do, and at times have good reason to do), yet to say Christians are judgmental, close-minded, self-righteous, unwelcoming, or unsympathetic simply because they have unwavering beliefs on certain issues is self-defeating because in order to make that statement one must have beliefs and pronounce a judgment.

In my college-aged years, I was heavily involved in the underground hardcore/punk music scene.  I spent most weekends traveling to punk shows all over New Jersey, Philadelphia, and even Boston and Washington DC.  Some of the bands I was introduced to through this scene are still some of my all-time favorite bands.  I also played in bands and wrote a ‘zine.  (If you have never heard of a ‘zine, think of a blog made with material called paper, ink, glue, and staples.)  The scene was in total rebellion to anything embraced by mainstream America or seen as traditional, whether it be politics, music, fashion, or gender roles.  This group of diverse individuals created their own music scene, which included a whole subculture.  Anti-racism, anti-sexism, and animal rights were favorite subjects for songs.  Social justice was good; government and religion was bad. 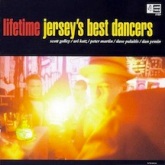 One would look at this community and definitely think this is a scene of extremely tolerant, accepting, and open-minded individuals, and, in many ways, it was.  But it also contained some of the most intolerant, judgmental, and close-minded people I’ve ever known towards those who didn’t live up to the standards of their scene.  Of course all groups have their less radical and more radical individuals, but if someone would’ve walked into some of these punk shows handing out Republican or even Democrat publicity, Bible tracts, or Britney Spears CDs, I would’ve been honestly scared for their safety. 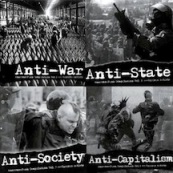 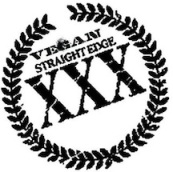 Every group of people that hold shared beliefs forms a figurative fence around themselves.  This figurative fence, by nature, keeps others out.  These communities are made of individuals, and some in these communities are more open to those outside their fence, and others are not.  This is not a characteristic of only the religious, but it’s even a characteristic of a free-thinking music scene populated predominately by atheists and agnostics that value individualism over anything else.

That being said, Epstein, the founder of the Humanist Community, says they got “rid of the negative” of regular churches.  Clearly, the only “negative” they can really be rid of in their “church” is God since the other negatives Epstein could mean have nothing to do with God but human nature.  So, in order to get “rid of the negative” he would need to have a congregation without people.  The issue isn’t God.  It’s us.

Moreover, unless the Humanist Community stares wordlessly at each other for their hour-long gatherings on Sundays, it’s impossible to have a “church” that doesn’t “imply a specific set of beliefs about anything.”  I’ve heard this argument dozens of times from atheists – the claim that they don’t have beliefs, and because they don’t have beliefs they are the beacon of tolerance, compassion, and understanding.  Maybe their beliefs are not traditional religious beliefs, but they are philosophical beliefs that form a view of the world; thus, they are beliefs just the same.  This sort of language from atheists is so prevalent it has become downright Orwellian.

3 thoughts on “Atheist Church. Seriously. (Part 1) I Believe I Don’t Have Beliefs”