*Does Jesus want everyone to be stinking rich?  What’s scripture have to say about wealth?* 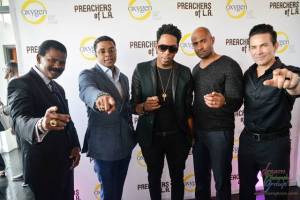 (This continues my response to the TV reality show “Preachers of LA” and a look at the “prosperity gospel.”  Read Part 1 here.)

So, how does Reverend Clarence McClendon of the Preachers of LA justify his lavish lifestyle?  He says, “The Bible says that ‘I wish above all things that you prosper and be in health.  Even as your soul prospers.’  I believe that.”

Like all false teachers and cult leaders, Rev. McClendon quotes a little-known verse to support his view.  Now, little-known verses are still scripture, but if someone quotes a verse you’re not familiar with and it doesn’t jive with what you know other scripture clearly teaches, what do you do?  All you have to do is find the verse and read it in context.

This is an essential rule of thumb for everyone: when someone quotes scripture — no matter who it is doing the quoting — go read it in context.  People try to get scripture to say all sorts of things it doesn’t by taking it out of context.

When I first heard Rev. McClendon say this, I thought he was referring to John 10:10 when Jesus says, “I came that they may have life, and have it abundantly,” but when I looked the verse up I found it was in the very short letter by John towards the end of the New Testament called 3 John.

The verse Rev. McClendon quotes is in the opening greeting of the letter in 3 John:

“The elder to the beloved Gaius, whom I love in truth.  Beloved, I pray that in all respects you may prosper and be in good health, just as your soul prospers.  For I was very glad when brethren came and testified to your truth, that is, how you are walking in truth.”

So, John writes this line quoted by Rev. McClendon not in a long theological argument, but as a greeting.  Nowhere does John explain that growing in the faith will guarantee growth in material wealth or health, not in the rest of this letter or elsewhere in the New Testament.  John is praying for Gaius’s well-being and hoping the best for him, like any friend would do.  A greeting said between friends, even if it appears in scripture, is not the basis for a theology apart from the rest of the Gospel.

Further, let’s look at the verse I originally thought Rev. McClendon was referring to in John 10:10.  Will this support his view?  Yet again, we have an issue when we look at the verse in context.  Nowhere does Jesus equate abundant life to material wealth.  If fact, there may be good reason for Rev. McClendon not to refer to John 10 because it appears right in the midst of Jesus’ parable about the good shepherd:

“The thief comes only to steal and kill and destroy; I came that they may have life, and have it abundantly.  I am the good shepherd; the good shepherd lays down His life for the sheep.  He who is a hired hand, and not a shepherd, who is not the owner of the sheep, sees the wolf coming, and leaves the sheep and flees, and the wolf snatches them and scatters them.  He flees because he is a hired hand and is not concerned about the sheep.  I am the good shepherd, and I know My own and My own know Me, even as the Father knows Me and I know the Father; and I lay down My life for the sheep” (John 10:10-15).

Would the prosperity preachers lay down their life for their flock?  Or are they just thieves and hired hands?

Since we’re looking at scripture, let’s look at some verses that do have clear implications concerning wealth — verses that would be difficult to misinterpret even if they were taken out of context.

1 Timothy 6:6-10: “But godliness actually is a means of great gain when accompanied by contentment.  For we have brought nothing into the world, so we cannot take anything out of it either.  If we have food and covering, with these we shall be content.  But those who want to get rich fall into temptation and a snare and many foolish and harmful desires which plunge men into ruin and destruction.  For the love of money is a root of all sorts of evil, and some by longing for it have wandered away from the faith and pierced themselves with many griefs.”

So, godliness is gain; we should find contentment in having our basic needs for food and shelter met; and chasing after material gain leads to destruction.

Luke 9:57-58: “As they were going along the road, someone said to Him, “I will follow You wherever You go.”  And Jesus said to him, “The foxes have holes and the birds of the air have nests, but the Son of Man [Jesus] has nowhere to lay His head.””

It certainly sounds like Jesus is saying he doesn’t have wealth, maybe not even a home, and that those who follow him shouldn’t expect more than this either.

And if those weren’t clear enough, look at this one:

Matthew 6:24: “No one can serve two masters; for either he will hate the one and love the other, or he will be devoted to one and despise the other.  You cannot serve God and wealth.”

Hard to misinterpret that one, isn’t it?

When thinking of the prosperity preachers, I can’t help but think of the interaction between Jesus and the rich young man in Matthew 19.  The rich young man claims to have followed all the commandments flawlessly and he wants to know what more he needs to do, so Jesus tells him, “If you wish to be complete, go and sell your possessions and give to the poor, and you will have treasure in heaven; and come, follow Me.”  The young rich man “went away grieving; for he was one who owned much property.”  This didn’t surprise Jesus.  He knew where this young man’s heart truly lied.

How would the prosperity preachers react if Jesus asked them to do the same thing?  Would they choose their wealth or Jesus?

Jesus’ message here is so important that he emphasizes it not only by starting it with his “Truly I say to you” introductory phrase, but he repeats it twice!  Fortunately for the rich, Jesus concludes this teaching: “With people this is impossible, but with God all things are possible.”  So, as I said earlier in the first post, money isn’t inherently evil, but Jesus and the New Testament writers undoubtedly spend a lot of time explaining how easily money can lead us astray.

This is particularly important to all of us living in the United States or other wealthy countries.  We are the rich!  Having clean, running water in our homes alone makes us richer than most of the world.  Being surrounded by stores providing an endless supply of food and entertainment makes us wealthier than most of the world.  Owning a car or TV or computer or a closet full of clothes, no matter how “outdated,” makes us richer than the majority of the world’s population.

Finally, the prosperity gospel preachers (and all of us) should consider with serious foreboding what Jesus says in Matthew 7 concerning false prophets “who come to you in sheep’s clothing, but inwardly are ravenous wolves.”  On the day of final judgment, Jesus says:

“Many will say to Me on that day, ‘Lord, Lord, did we not prophesy in Your name, and in Your name cast out demons, and in Your name perform many miracles?’  And then I will declare to them, ‘I never knew you; depart from Me, you who practice lawlessness.’” 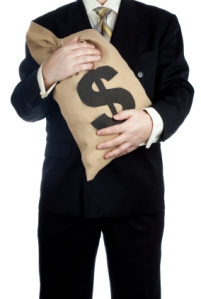 One thought on “Of Christian Rap & Reality Shows (Part 2 of 2) Wealth, Prosperity Gospel & Preachers of LA”