Many of the Old Testament laws found in Leviticus, Deuteronomy and other Old Testament (OT) books are strange, confusing, and even downright disturbing to us today.  These laws were given from God through Moses about 3,000 years ago to the Israelites (the Jewish people).

Some Christians tend to simply ignore them, preferring to stay where they’re comfortable in the New Testament, close to the teachings of Jesus.  Most Christians have probably struggled with understanding how these seemingly archaic laws fit into our faith in Jesus Christ or addressing nonbelievers who find these laws just as confusing as believers do.  Further, many hostile skeptics have even used these OT laws to attack Christianity, portraying these laws as arbitrary, offensive, and downright silly or using them to portray Christianity as inconsistent and even immoral.

Why do Christians follow some of the laws of the OT and not others?

Admittedly, these are legitimate concerns and questions Christians need to address.  I believe with a general understanding of biblical theology and some other general guidelines for understanding the OT laws in the context of the redemptive history of the Bible these challenges can be answered.

First, we must start with a general understanding of Biblical theology, the study of the story of the Bible as a whole.

(*If you read my earlier post about biblical theology, you can skip down to “The Law”*)

The Bible is not a collection of random, disconnected episodes; it tells the story of God’s progressive revelation throughout history.

Christians believe the Bible (and history) moves through 4 major events/eras:

At The Creation, God made the world good, but mankind (because he was given freewill) sinned and rebelled against God (The Fall).  All creation was affected, and humankind was forever separated from an eternally good, holy God by their sin.  God chose Israel as his special people and prepared them for the coming of Christ (the Messiah).  Christians believe the whole OT is preparing the world for the coming of Christ.  (Many Jewish theologians would agree with this but disagree that Jesus is the Christ.)  Then, Jesus the Christ came, lived the sinless life that none of us could, and died for the sins of the world in our place (The Redemption).  This puts into action The Restoration; people will be redeemed through Jesus Christ.  This is where we are now in history, but the Restoration won’t reach fulfillment until Jesus’ Second Coming, at which time creation will be made right again.  The phrase already/not yet is often used to speak of the time period we now live in within biblical history; Jesus Christ has already started the Restoration, but the completion of the Restoration has not yet arrived.

What About Between the Fall and the Redemption?

Since the Creation and the Fall happened all within only the first 3 chapters of Genesis, and the Redemption doesn’t happen until Jesus’ life, the majority of the OT tells of the period between the Fall and Redemption, covering about 2,000 years once God appears to Abraham.  (It’s unclear how much time passes during the earlier events recorded in Genesis to Abraham.)  During these 2,000 years, God prepared the world for the Redemption, the coming of the Christ.  As I said above, Christians understand the OT to be all about the coming of Jesus. 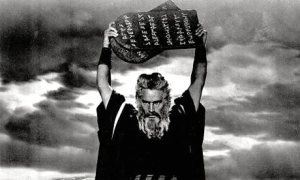 So, first, God revealed himself to Abraham (Genesis 12) and told him that his descendants (the Israelites/Jews) would be God’s special people and through Abraham’s descendant God will bless the whole world.  Then jump to Exodus: The Israelites’ number has grown greatly, but they’re enslaved in Egypt.  God appears to Moses and sets the Israelites free.  While nomads in the desert, and before establishing their nation in the Promise Land (modern Palestine), God (through Moses) gives the Israelites laws that are recorded in Leviticus, Deuteronomy, and other OT books.

Here are 6 things to keep in mind when reading through these laws:

(1) Modern Standards – Yes, some of these laws seem harsh by today’s standards, but we’re looking at them through our modern American values that have been shaped by 2,000 years of Christianity.

(2) Harsher Times – Life was much harsher back then.  Compared to the ancient Babylonians and Assyrians and other cultures around Israel in the Near East, the laws in the OT were considerably more humane and even groundbreaking.  Sometimes people point out how these laws seem unfair to women and slaves or don’t outright condemn slavery.  Understandably, this is troubling to those familiar with the Bible because elsewhere the writers of the Bible clearly speak of all people being made in God’s image.  Yet, when we look at these laws in the OT, we see they actually protect women and slaves by giving them legal rights, something unheard of in the ancient Near East.

(See Deuteronomy 22:13–21 as an example of an OT law that’s shocking to us today, but actually protects women from being unjustly accused or divorced by their husbands.)

Even the law of “an eye for an eye” (later “updated” by Jesus in Matthew 5:38-48) prevented violence by limiting the severity of retribution.  Likewise, setting up cities of refuge, where people could find sanctuary, prevented blood feuds and instead promoted law and order.

(I don’t have space to address it here, but slavery back then for the most part wasn’t how modern Americans think of slavery either.  Much of the “slavery” written about is the equivalent of indentured servitude, though slavery – such as with captured prisoners of war – did exist.)

Jesus says something very interesting in Matthew 19:1-8.  He says Moses permitted divorce in the OT law because Israel’s heart was hard though this is not how God intended marriage to be.  Jesus gives much stricter rules on divorce than Moses (only allowing it in the case of adultery) both in Matthew 19 and in the Sermon on the Mount (Matthew 5:31-32) and the Bible also records plainly elsewhere that God hates divorce (Malachi 2:16).

So, then why was divorce allowed in Moses’ day?  This shows that during the time of God’s unique interaction with Israel, God allowed certain things that were not in his ideal vision of his creation because of the sad state of the world.

New Testament scholar R.T. France in his commentary on Matthew writes, “The Deuteronomic legislation [the OT law] is a response to human failure, an attempt to bring order to an already unideal situation caused by human ‘hardness of heart’… God gave them laws to enable them to make the best of a bad job.  But the Mosaic ‘permission’ was not a statement of the way God intended things to be.”

Yet, when Jesus Christ came, he raised the bar and made clear that those times have passed.  (Read the amazing Sermon on the Mount to see this clearly – Matthew, Chapters 5-7)

(3) Drastic Measures – Evil times call for drastic measures.   I’ve come to relate much better to God’s seemingly harsher actions in the OT over my 13 years of teaching; when there is a classroom completely out of control, there’s no Mr. Nice Guy.  I have to go in there and wreck house.

God was staking a claim in hostile territory, a place he already decided to destroy once with a flood due of the evil prevalent everywhere.  There’s a reason why the OT law forbids certain things we find unthinkable today, such as bestiality and child sacrifice: because people were doing them – and doing them regularly enough that Moses had to pass laws about them!  God had some harsh punishments for committing these crimes because the Israelites had to know sin was horrible and destructive, and the holy God was quite serious about the Israelites stopping their sinful practices.

(4) Due Process – Take note, there are legal processes that must be followed before carrying out punishments, including such harsh punishments like public stoning.  Again, this would’ve been groundbreaking in this ancient culture.  People, even women and slaves, had a right to due process.  God was creating order out of anarchy; he was taking a chaotic situation and giving it guidelines in the right direction.

(Again, see Deuteronomy 22:13–21 for an example of due process.  Not only did it prevent husbands from divorcing their wives on a whim, but it set up guidelines for a trial concerning accusations of sexual immorality.)

(5) Set Apart – Something else to keep in mind: Israel was chosen as God’s special people within a pagan and hostile world to represent him and prepare the world for the coming of its savior.  Israel, as God’s people, was to be clearly different, so some of these laws were to separate Israel from the pagan nations surrounding them.  So, a law like no tattoos (Lev. 19:28) seems arbitrary to us today, but back then it would’ve marked Israel as separate and distinct from the pagans, just as the practice of circumcision made them unique.

(6) Symbolic – Finally, we must understand that in their religious rituals and laws the outer (physical) symbolizes the inner (spiritual).

The invisible, self-existent God of Israel is unique from all the gods the pagans worshipped.  As the people of the one true God, the Israelites where to be separate and distinct from those around them as a witness.  They weren’t to mix their faith with pagan beliefs and idolatry, so many of the laws about not mixing certain things were symbolic reminders to them of their set-apartness.  This would include the laws about mixing certain kinds of foods, crops, and fabrics that seem so random and goofy to us today.

What are often called “the cleanliness laws” taught the Israelites about spiritual impurity and the unworthiness of anyone to approach God because of sin.  Despite these practices, sacrifices and cleanliness couldn’t atone for their sins; they were still separated from a perfectly good, just, and holy God by their sins.  These laws point forward to the Christ, a perfect savior who would wash his people clean from sin and serve as the final, perfect sacrifice.

Some of these cleanliness laws appear discriminatory towards those (including animals for sacrifice and people) with disabilities (like blindness) or abnormalities (like birthmarks).  Again, this illustrates the physical symbolizing the spiritual.  Due to sin, all of creation is cursed and not what God envisioned, which would include something like blindness.  Abnormal birthmarks on the skin would be a symbolic reminder of the imperfectness of us all due to sin – the stain of sin on all of us, if you will.  Only through the coming salvation of Jesus Christ are these things made right.

NEXT: PART 2:   Why do Christians follow some of the laws of the OT and not others? 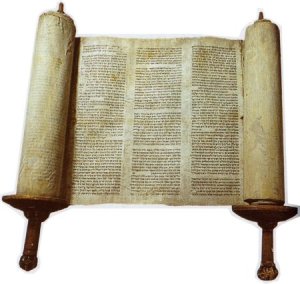