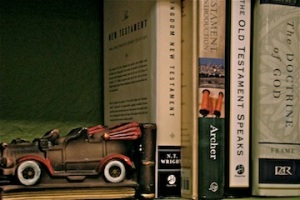 Where the information in Part 1 about biblical theology and progressive revelation, as well as the general guidelines for understanding Old Testament (OT) laws, helps us to understand OT law in its proper context, this still doesn’t completely answer the big question:

Why do Christians follow some of the OT laws and not others?

I find it helpful to divide OT laws into 3 general categories:

First, I must point out that Moses does not separate the laws in this way.  Furthermore, any disobedience to a law given from God would be considered immoral, so they’re all moral laws in the sense that they come from God.  (But I would also argue that God’s laws aren’t arbitrary, so there’s a moral reason behind all of them).  Therefore, each law should be considered individually in light of all that I’m writing here.

(1) Civil laws – Christians don’t follow these laws today because they were clearly unique to Israel during the time period they were given.  We even see changes in the laws as Israel goes from living as nomads in the desert to living in settled communities/cities/towns in the Promise Land.

For example, there’s a law about going outside the camp to go to the bathroom and burying your waste.  Though this could also fall under cleanliness laws (religious law), it also has to do with living in community.  In modern times with flush toilets to continue to go outside the city you live in to use the bathroom and bury your feces would be considered religious legalism gone wild.  There’s also an OT law about putting a fence around the perimeter of a house’s roof.  Back then, people often slept on their flat roofs (due to heat) and did other household activities up there, so they were expected to put a fence up to protect people from falling off.  Obviously, this was not a law while the Israelites were living in the desert as nomads in tents and it doesn’t apply to us today since we don’t use our slanted, shingled roofs for everyday activities.

Though Christians don’t follow OT civil laws word-for-word, it should be noted that we should meditate on the overall principles behind these God-given OT laws and how to apply them to our lives today.  Likewise, we should do the same with the OT religious laws (See below).

(2) Moral laws – Christians do continue to follow the moral laws today.  Moral laws don’t change with time since God is a personal, moral being and he doesn’t change with time.  Furthermore, if there’s any question about which moral laws still apply today, many of them are re-confirmed in the teachings of Jesus and the writings of the New Testament authors.  In fact, Jesus Christ “raised the bar” on moral expectations, as clearly seen in the Sermon on the Mount (Matthew, Chapters 5-7).

(3) Religious Laws – Christians don’t follow the religious laws today.  Christians believe the OT religious laws point towards (symbolize) the coming of the Christ, Jesus, and his work of salvation.  (Read my 2-minute lesson on biblical theology if you need an overview of the story of the Bible here.)

The letter to the Hebrews emphasizes this.  In 10:1-4, the author writes,

“The law is only a shadow of the good things that are coming—not the realities themselves.  For this reason it can never, by the same sacrifices repeated endlessly year after year, make perfect those who draw near to worship.  Otherwise, would they not have stopped being offered?  For the worshipers would have been cleansed once for all, and would no longer have felt guilty for their sins.  But those sacrifices are an annual reminder of sins.  It is impossible for the blood of bulls and goats to take away sins.”

“Do not think that I came to abolish the Law or the Prophets; I did not come to abolish but to fulfill.  For truly I say to you, until heaven and earth pass away, not the smallest letter or stroke shall pass from the Law until all is accomplished.”

By living the perfect life and taking the punishment for the sins of the world on himself when he didn’t deserve the punishment, Jesus fulfilled the religious laws.  Thus, Christians no longer have to follow these laws.  The sacrifices the Israelites gave didn’t atone for their sins but symbolized the future sacrifice and atonement of Jesus on the cross.  Since Jesus has fulfilled these laws and we are cleansed of our sins through faith in him, we no longer make sacrifices nor do we abide by the cleanliness laws or the other religious laws, but we abide in him and the guidance of the Holy Spirit. 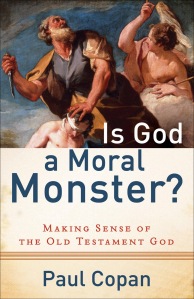 12 thoughts on “Making Sense of Old Testament Laws (Part 2 of 2) Why do Christians follow some OT laws & not others?”