SERIES INTRO: Have the right narrator and ominous music and anything can sound scandalous.  Recently, I watched several episodes of the History Channel’s Bible Secrets Revealed TV show.  It was amusing but troubling at the same time since these sort of sensationalist shows aren’t about history or education, but preying on people’s lack of knowledge.  The sort of one-sided, half-information thrown around on these TV shows is sure to resurface.  So, here are some quick responses to some questions that might arise from such quality TV programing.

Has the Bible been “translated and retranslated” so many times that the meanings of the original texts are “muddled” and lost?  Is the Bible corrupted and altered beyond ever knowing what it truly said?

First, do you know anyone who is bilingual?  Are you bilingual?  Trilingual?  Have you ever heard someone translate anything into another language, like, say, something in English to their non-English-speaking parents?  Did the parents understand?  Of course they did!  Though a 100% literal word-for-word translation from one language to another is sometimes difficult, that does not mean words, sentences, and whole books cannot be accurately translated.  Accurate translation is an everyday occurrence.

It’s true that sometimes translators have to use some personal interpretation to choose the right words if there are no exact parallel words, but this doesn’t mean we can’t have accurate translations.  For example, Greek has several words for love, but English has only one.  The Greek word eros is the type of love that has to do with sexual passion.  So, a translator translating a Greek-language sentence into English may translate a sentence using eros…

The adulterous man loves the woman.

But it probably could be better translated:

The adulterous man has passionate love for the woman

or The adulterous man has lust for the woman

or The adulterous man has an irrational passion for the woman.

Each translation is correct, and the main idea of the sentence is preserved, but picking the right words or phrases makes it more precise and clear.

This is an advantage of having so many English translations today available for people who cannot read the Bible in the original ancient Greek or Hebrew; they can compare translations to gain a better understanding of the nuances of some of the words and phrases.

I prefer the ESV, which is a word-by-word translation, but it’s much more readable than the NASB.  Again, comparing translations helps with understanding perplexing passages, leading to more clarity. 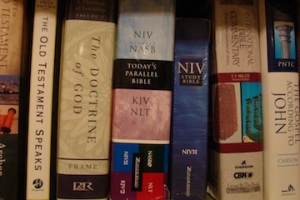 Today, we’re in a better position than ever before in modern times to accurately reconstruct the wording of the original manuscripts of the Bible because of the sheer number of manuscripts that have been discovered.

Because people are imperfect, there are mistakes and variations in the manuscripts made by the scribes who copied them by hand, but because we have such a large number of quality ancient manuscripts, it’s easy to compare them and identify the errors.

The New Testament is easily the written work with the best evidence to support it from the ancient world.  We have about 5,500 ancient manuscripts.  The only ancient work to come anywhere close to this is Homer’s Iliad, which only has about 700 ancient copies.  But even this high number of manuscripts is rare.  In fact, we’re lucky if any ancient manuscripts that have survived until today are numbered even in the double-digits.

The dating of the New Testament manuscripts we have are extremely close to the dates the originals were written.  The earliest piece of a manuscript we have is a fragment from the Gospel of John, dated to about 125 AD.  Most scholars date John’s Gospel as being written in 95 AD.

It’s important to understand that the ancient New Testament manuscripts we have are from all over the ancient world as Christianity spread.  Had there been radical differences in the supposed “earliest versions” of the New Testament, it’s doubtful the network that spread and formed new churches in new areas (think of it like a tree growing with new branches) would all have the same New Testament texts.  At least one of those branches, isolated from the others, would’ve passed on and preserved the “older version.”  So, say, for instance, churches in Spain or Asian Minor would’ve had a much different version of the Gospel of John than we have today.  But this is not the case.

Because we have such a wealth of New Testament manuscripts – 5,500 (and this only includes the Greek texts and isn’t counting the thousands of ancient manuscripts in different languages) – which come from all over the ancient world, we can be secure that we have the original readings in our hands. 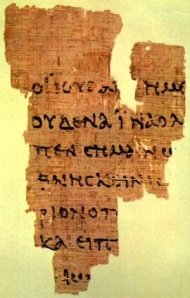 Earliest fragment of the New Testament. From John’s Gospel. Dated about 125 AD.

Much of Ehrman’s protests about finding the original texts seem to come down to how a person prefers to define “original text” and his assumption that all of the written works of the Bible have been in a constant state of constant change.  Though there are variations found in the vast amount of ancient manuscripts we have, much of Ehrman’s assumptions that the books of the New Testament, like 2 Corinthians and the Gospel of John, are hopelessly corrupt are just that: assumptions.  Where is the evidence for these massive changes?  Where are the manuscripts that show the works in their earlier forms?

Ehrman may respond that those manuscripts are so old they probably no longer exist, but that doesn’t solve his problem, because he has just admitted there’s no evidence for his assumptions.  Almost all of the theories of composition Ehrman sites, “however probable, remain entirely speculative in the sense that no manuscripts have ever been found of the supposed sources that a biblical writer used,” including, for example, a version of the Gospel of John without the prologue and epilogue, 2 Corinthians split into two or more individual letters, or even the widely accepted theoretical Q document.

Due to the over 5,500 ancient manuscripts we have of the New Testament, variations are easy to identify and correct.  Further, even with over 5,500 manuscripts, none of those manuscripts show any of the massive editing or changes Ehrman imagines.

Further, even if they did exist, what would it matter?  This would only mean they may have served as a source for the future, completed work as we now know it.  Even conservative evangelical New Testament scholars agree that some of the Gospel writers most likely referred to earlier written texts for some of their information.  In fact, there’s even evidence from the early church fathers that there may have been a Hebrew or Aramaic version of the Gospel of Matthew before the Greek version we know today.  Just because some of the material or even a majority of the material appeared in an earlier form, it doesn’t mean it’s a corruption of the text.  What matters is whether the information is accurate or not.

FOR HOW LONG WOULD A MANUSCRIPT SURVIVE?

The material used to make ancient manuscripts was fragile and perishable (which is one of the reasons ancient manuscripts are hard to come by today), but some manuscripts may have lasted much longer than originally believed.  In a study of late antiquity libraries, collections, and archives by George W. Houston, published by Oxford University Press in the book Ancient Literacies: The Culture of Reading in Greece and Rome, he proposes that manuscripts could be used from 150 to 500 years!  For example, the fourth-century Codex Vaticanus (B) was re-inked in the tenth century, which proves a manuscript can last and be used for at least 600 years!  This fact seriously improves the plausibility that the original texts existed to be copied for much longer than previously suspected.

Other articles in this series: Did Constantine compose the New Testament? & Did God have a wife? & Could Jesus & the Disciples Read & write? & Was the Oral History Before the Gospels Were Written Reliable? 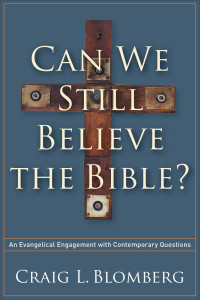 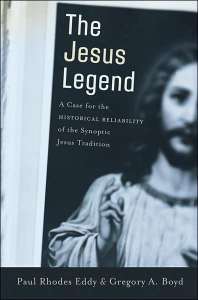 7 thoughts on “Bible Secrets Re-revealed! Has the Bible Been Lost in the Translation? How Do We Know the Words in Our Bibles Today are the Original Words?”