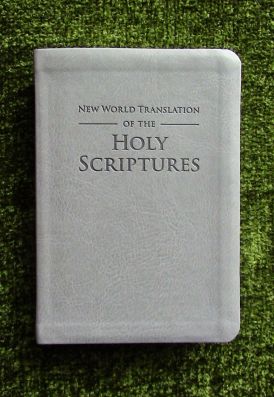 Now not so fast! These astonishing statements in John’s Gospel are traditionally understood to tell us two key, unique aspects of Christian belief: Jesus (“the Word” in John 1) is God, and God is at least two Persons, bringing into view the Trinity. But our friends at the local Jehovah’s Witnesses Kingdom Hall (and the Watch Tower Society headquarters in Brooklyn) say we’ve gotten it all wrong.

Before moving on, let me give you some basics: Jehovah’s Witnesses believe the Bible is the Word of God, but they don’t believe in the Trinity; they don’t believe Jesus is God, nor do they believe the Holy Spirit is God. In order to interact with Jehovah’s Witnesses, you therefore need to understand why the Bible does, in fact, witness to both Jesus and the Holy Spirit being God, and you need to have your theology of the Trinity tight.

That being said, we’re going to look at (in this blog and future blogs) some specific things Jehovah’s Witness may throw at you to challenge the traditional (biblical) Christian views.

The Jehovah’s Witness version of the Bible, the New World Translation, has John 1:1 as follows:

Adding one teeny, tiny one-letter word to the sentence makes quite “a” difference!

Alright, which translation of John 1:1 is right?

The Greek word for “God” or “god” is theos. Ancient Greek didn’t use capitalization like we do today with English, so looking at the original Greek to see if “theos” is capitalized won’t help us here. So, forget capitalization. Let’s focus on “the Word was a god” because there’s “a” big problem with this. Actually, more than one.

First, no scholar of New Testament era Greek – whether a traditional Christian or otherwise – has ever translated John 1:1 in this way. That says a lot.

Secondly, the Jehovah’s Witnesses justify this translation by pointing out that the original Greek literally reads, “the Word was with the [ton] theos, and the Word was theos.” This is accurate. But their argument is that since the second use of theos doesn’t have “the” (the definite article, for you grammar nerds), then the first use of theos is speaking of the one and only God (“the God”) and Jesus, the Word, is something like God but lesser; he’s “a god.”

This idea of there being “a god” has its own problems, but first let me emphasize again that this isn’t how Greek grammar works and no Greek scholar would translate John 1:1 in this way. For one, the definite article (“the”) is used differently in Greek than in English, so it’s often not even translated into English. As we see, the Jehovah’s Witnesses’ New World Translation doesn’t translate the “the” either, but where do they get the idea that lack of “the” means adding an “a”?

BREAKING THEIR OWN RULE

Most of us aren’t Greek scholars to know one way or another, but this next reason why the Jehovah’s Witness translation fails is very telling: The Jehovah’s Witnesses don’t even follow their own unorthodox grammar rule! To be consistent, every time theos (“God” or “god”) appears without the definite article (“the”) in the original Greek of the New Testament, they should translate it as “a god.” Again, this is according to their own reasoning.

In fact, we don’t even have to leave John 1 to see this! None of the following include “the” with theos in the original Greek:

John 1:6: There came a man who was sent as a representative of God. (New World Translation)

Why didn’t they translate it “representative of a god”?

John 1:12-13: he gave authority to become God’s children, because they were exercising faith in his name. And they were born, not from blood or from a fleshly will or from man’s will, but from God. (New World Translation)

Why didn’t they translate this “become a god’s children” and “from a god”?

John 1:18: No man has seen God at any time; the only-begotten god who is at the Father’s side is the one who has explained Him. (New World Translation)

Why didn’t they translate this, “No man has seen a god” and “a only-begotten god”?

And there are many more examples of this throughout the New Testament. If the “translators” of the Jehovah’s Witness Bible are going to make up a grammar rule to wiggle around a clear teaching about Jesus, they could at least follow their own made-up grammar rule consistently.

Thirdly, John 1:1 isn’t the only passage in the New Testament to declare Jesus as God. I’ve never met a mean Jehovah’s Witness, so when they come to my door sometimes I get my Bible and give them some friendly push-back. This led to me meeting up for coffee several times with a local Jehovah’s Witness elder to discuss Jesus. Of course, John 1:1 came up in our discussion, and despite me pointing out the above to him, we weren’t getting anywhere. So, I said, “Neither of us are Greek scholars, so let’s put John 1:1 aside for now and look at other reasons I believe the Bible teaches that Jesus is God.”

The whole of the Christian belief that Jesus is God isn’t based on only a single verse! I can’t say how the Jehovah’s Witnesses get around every one of them (nor would I take the time to address every one here), but the biblical evidence is substantial.

Jehovah’s Witnesses, of course, will deny this. Their own literature explains the wording in John 1:1 as “because of his high position among Jehovah’s creatures, the Word is referred to as ‘a god.’ Here the term ‘god’ means ‘mighty one.’” [1] Well, that seems unquestionably arbitrary! Why does this instance of theos (compared to the many, many other times theos is used throughout the New Testament) mean only “mighty one” instead of the one, true God?

By the Jehovah’s Witnesses mistranslating John 1:1 to avoid something that contradicts their beliefs, they’ve made matters worse for themselves. For the record, I don’t truly think Jehovah’s Witnesses believe in more than one God. My point is that by them trying to avoid the plain grammar of John 1:1, they’ve dug themselves into a deeper hole!

*This is an excerpt from my upcoming, vastly revised and expanded edition of Who Jesus Ain’t.

[1] What Does the Bible Really Teach? Watch Tower Society P.202 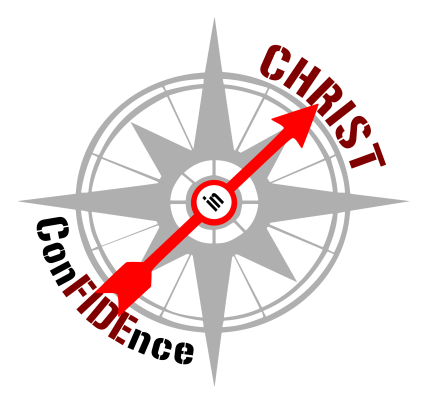