Is marijuana addictive? Can you not be addicted but still “mastered” by something?Should marijuana be legal? What about separation of church & state?

Who is the Master?

Finally, as we wrap up this series, we must not forget 1 Corinthians 6:12:

Even if marijuana were legal everywhere, and even if someone is not convinced that the Bible explicitly forbids all recreational use of it, is there anything profitable concerning marijuana outside the realm of the superficial?

Does it glorify God?

Is marijuana helpful in growing spiritually or emotionally?

More importantly, are you “mastered” by it?

Advocates of marijuana argue that it’s not addictive, but several studies argue otherwise, including a twenty-year study by the Centre for Youth Substance Abuse Research at the University of Queensland.[1] If you pay close attention, sometimes even ardent marijuana advocates let their guard down and admit that marijuana is addictive by saying it’s “less addictive” than alcohol.[2]

But say the advocates are correct, and marijuana addiction is rare and no stronger than addiction to, say, caffeine; in fact, maybe “addiction” is even too strong of a word — perhaps marijuana is simply habit-forming.

First, an unhealthy habit, though preferable to full-blown addiction, is still not an ideal situation. One has to carefully consider this unhealthy habit: Are you being “mastered” by it? Does it honor your God-given body? Does this habit honor God?

Secondly, those who fight for the legalization of recreational marijuana – whether writing articles, campaigning, or attending rallies – are showing that they are likely mastered by marijuana by that very act. Think about it: There are far more important things a person can be giving his mind, time, and energy to than fighting for his “right” to smoke marijuana.

Let’s be frank about it: Of all the problems in our world – from poverty to injustice to corruption – if the best use of one’s time is fighting for the legalization of recreational marijuana, then that person has to earnestly rethink his priorities, and what that person is ruled by is clear – and it’s not his love for God or neighbor. 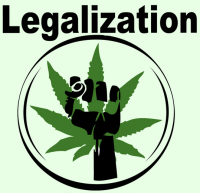 Considering all that has been explored in this series, I believe one can make a moral case against the use of recreational marijuana. But what about legalization? Shouldn’t people have the right to do what they want with their bodies? Doesn’t the criminalization of marijuana waste law enforcement money and manpower?[3] Isn’t there a separation of church and state?

Likewise, if something is destructive to an individual, it’s destructive to society because no one lives in a vacuum. Where enforcement and penalties for marijuana use and possession certainly need to be carefully reassessed, it doesn’t logically follow that difficulty in enforcing a specific crime means that the crime should be decriminalized.

What About Separation of Church & State?

The First Amendment reads, “Congress shall make no law respecting an establishment of religion, or prohibiting the free exercise thereof; or abridging the freedom of speech, or of the press; or the right of the people peaceably to assemble, and to petition the Government for a redress of grievances.”

In fact, in the opening lines of the Declaration of Independence we find these famous words:

“We hold these truths to be self-evident, that all men are created equal, that they are endowed by their Creator with certain unalienable Rights, that among these are Life, Liberty and the pursuit of Happiness.”

Talk of the endowment of rights from “their Creator” is not atheistic, secular jargon. And self-evident truths of the rights of all humans cannot be found in random, mindless, materialistic forces, but are the result of all people being made in the image of God. In fact, the only right that is self-evident from atheistic naturalism is the right of the fittest to survive and pass on their genes. So, where did the Founding Fathers get this idea that all people are created equal? Genesis 1:27 reads,

“God created man in His own image, in the image of God He created him; male and female He created them.” 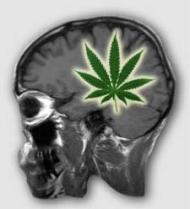 Moreover, it’s simply impossible to completely separate religious belief from public policy in a democratic country that also guarantees freedom of religion. Everyone’s personal beliefs – whether religious or not – influence their ideas about public policy. Neutrality is impossible; even to claim to have no position is to hold a position.

Though all issues surrounding marijuana aren’t black-and-white, Scripture gives guidance and clarity to our thinking, as well as condemns all things that cloud our judgment.

With that, we’ll end this series with one last biblical concept that should guide our thoughts about marijuana and all that we do:

“So, whether you eat or drink, or whatever you do, do all to the glory of God.”