In the previous “Judge Not?” articles, we explored 5 concepts:

CONCEPT #3: All Christians must always speak truth with love.

CONCEPT #5: Disagreement is not intolerance or hate.

We will now close the series by looking at the much-quoted Matthew 7:1: 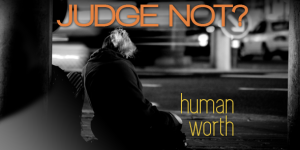 Christians are often accused of being “intolerant” and “judgmental” for taking moral stands.

We spent time in previous articles discussing the misuse and overuse of these two accusations, so I’m not going rehash them here, but let’s stop throwing around the word “judge” like only people who disagree with popular views do it. Christians can disagree with others and do it with love and respect, still seeing those they criticize as image-bearers of God. As I’ve written before: there are wrong ways to speak truth; it must be done in love.

As R. J. Rushdoony stated, “Intolerance is inescapable. If we are Christians and abide by Scripture, we will be intolerant towards murder, theft, adultery, false witness, and other offenses against God’s order.”

Ironically, the accusation of intolerance and being judgmental can be turned on those accusing Christians of these very things. When accused of being intolerant and judgmental, a Christian can simply ask those leveling those accusations,

“If intolerance is wrong, then why are you being intolerant to my beliefs?”

“If being judgmental is wrong, why are you judging me?”

In his book The Most Misused Verses in the Bible, Eric J. Bargerhuff writes, “One could easily argue that Matthew 7:1 is by far the most frequently misapplied verse in the entire Bible, used and abused by both Christians and nonChristians alike.” 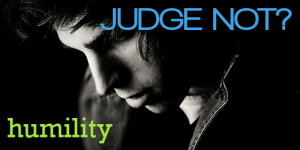 Perhaps the second most overused and over-abused verse out of the Bible also comes from Jesus’ amazing Sermon on the Mount (Matthew CH. 5-7), known as the “Golden Rule”:

“So whatever you wish that others would do to you, do also to them, for this is the Law and the Prophets.” (Matthew 7:12)

Most people are familiar with this teaching, and often it’s pointed out that many other religions have a similar teaching. I once came across another blogger trying to use the Golden Rule against Christians for a political stance they were taking, writing:

“As far as I know, no religion places an asterisk after its recitation of the Golden Rule, indicating those who can (and should) be exempted from the command to love and treat others as they would themselves want to be treated.”

I want people to treat me with respect, but I also want them to be truthful. If I’m doing something they perceive to be destructive to others or myself, I want them to tell me. If I’m doing something badly, selfish, or just plain wrong, I want to be told. I want people to speak truth to me in love, and I will do my best to do the same for them. I will speak with love and truth – not just with one and not the other. 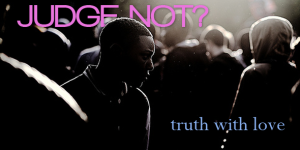 People love to grab random verses out of the Bible to “prove” their points (like corrupt celebrity preachers and cult leaders). Problem is, these verses are often taken out of context and ignore the complimentary teachings throughout the rest of the Bible.

Let’s look at the rest of the passage before drawing a conclusion. To be fair, some who use Matthew 7:1 will even quote a bit more of it:

“Judge not, that you be not judged. For with the judgment you pronounce you will be judged, and with the measure you use it will be measured to you. Why do you see the speck that is in your brother’s eye, but do not notice the log that is in your own eye? Or how can you say to your brother, ‘Let me take the speck out of your eye,’ when there is the log in your own eye?”

Fair enough. I believe this is the Word of God, so we should take it seriously. It’s clear Jesus is warning us about how we should judge and condemning hypocritical judgment. He’s not denouncing all judgment.

Can you image how insane the world would be if people stopped using judgment?

Own a business? Be ready to hire anyone who comes in the door — forget interviews and references — because you don’t want to be judgmental. And you better not fire that guy who just cost your company a boatload of money, you judgmental jerk! 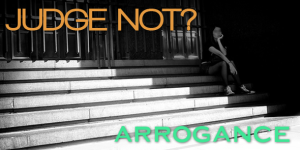 Furthermore, we still haven’t looked at Matthew 7:5. Those quoting this verse to Christians often conveniently stop at 7:4. Here’s what Jesus says in 7:5:

“You hypocrite, first take the log out of your own eye, and then you will see clearly to take the speck out of your brother’s eye.”

Jesus is saying to take care of your own garbage before you go speaking to others about their garbage. Jesus is not condemning all judgment, but he’s telling us to do it in the right way. We are to speak truth in love, not harshly or hypocritically, and the only way to do that correctly is to make sure you’re in a good place yourself, which to Christians mean living as closely to God as possible.

Bargerhuff comes to the same conclusion: “Therefore, Jesus does not forbid all moral judgment or accountability. Rather, he forbids harsh, prideful, and hypocritical judgement that condemns others outright without first evaluating one’s own spiritual condition and commitment to forsake sin.”

And with this, I conclude this series:

CONCEPT #3: All Christians must always speak truth with love.

CONCEPT #5: Disagreement is not intolerance or hate. 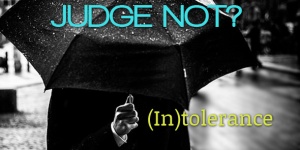 GOD FROM THE MACHINE has published it’s first book! Searching the Bible for Mother God is for educating and evangelizing those in the growing “Mother God cult.” Visit our page here.

**Read PART 4 of “Judge Not? On Christian Arrogance” here.** 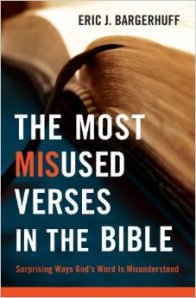